Catherine and Rich were both Jesuit educated and wanted to celebrate their wedding at the iconic St. Ignatius Church at the University of San Francisco. Catherine got ready at the fun and quirky Hotel Zeppelin, in downtown San Francisco. A delicate blue heart was sewn into the lining of her bridal gown, a momento from her Grandmother. Rich and his family got ready at a separate location, near Ocean beach. Off they both went to the Palace of Fine Art for their “first look.” It was an emotional moment, especially for Rich, who was blown away by the beauty of his soon-to-be-bride. We hit Crissy Field for stunning views of the Golden Gate Bridge and even found ourselves at a bar for a “cold one” before the ceremony. We caught up with the bridal party who were being transported on the hilarious, “Jelly Bus.” This is a transformed school bus with a vintage, funky hippie vibe. After the beautiful ceremony, the reception was held at the Regency Ballroom, where partying went way into the night.

“Good things come to those who wait.” The saying holds true for Catherine and Rich. Those who know the couple will attest that their patience with waiting for love has certainly paid off. Their story is not uncommon for today’s age. They met online. They chose a date to meet up. They dated. They are getting married. However, many may not know their journey to the altar.

In January of 2015, Catherine and Rich were matched on the dating app Coffee Meets Bagel. A newbie to the whole internet dating scene, Catherine was impressed that Rich wanted to meet up so quickly. A date was set, Wednesday February 4 – the place – Hi-Lo Club on Polk. After just a beer, Catherine knew Rich had something special about him. He talked about his family and his work. After a round (or maybe it was two) of drinks, Rich suggested a late dinner down the street. They made their way to Lers Ros Thai. The conversation never ceased and by the end of the dinner, plans were made for a second date. Rich hailed Catherine a taxi and sent her off with a kiss goodnight on the corner of Larkin and O’Farrell – love was blooming in the Tenderloin.

The weeks and months went by and a six-month gap of time disjointed their growing relationship. It wouldn’t be until September of 2015, when Catherine came up to San Francisco to celebrate her birthday that the two would decide to give a real go at a relationship. Over the next 9 months, many miles were clocked on Catherine’s car as she traveled up to SF to see Rich.

In July, Catherine relocated to start a new job and a new chapter in her relationship with Rich. No longer relegated to being a “weekend girlfriend,” the two were able to have impromptu dates on the weekdays and begin to dream about their future.

On Saturday, October 29, 2016, Rich fooled Catherine into thinking they were headed to the Conservatory of Flowers in Golden Gate Park to check it out as a possible venue for a reception. Rich conspired with Catherine’s family friend, Mary Casillas, to plan a beautiful proposal complete with candles, pictures, flowers, champagne, and a picnic. Rich even fixed for a photographer to be present to capture the special moment.

“We chose St. Ignatius because we are both Jesuit Educated [Catherine in college, and Rich in graduate school] and Catherine went to USF and worked at USF.  We chose the Social Hall SF because we went there on a date early on to see a concert.  We looked around and thought it would be a great place for a big party!” 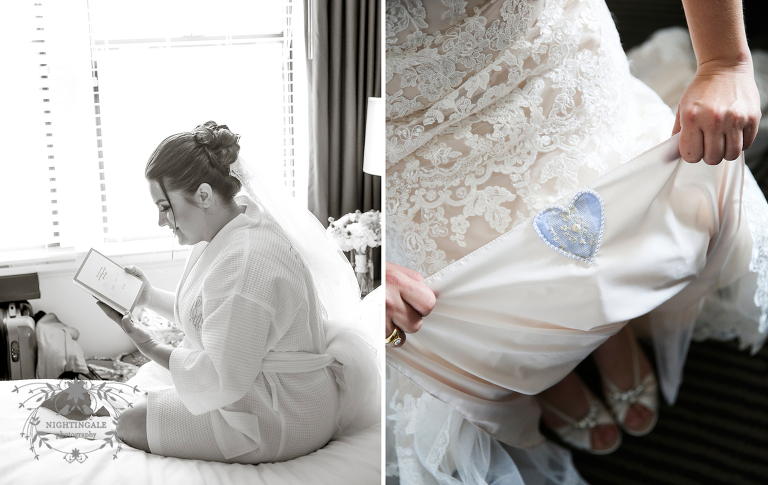 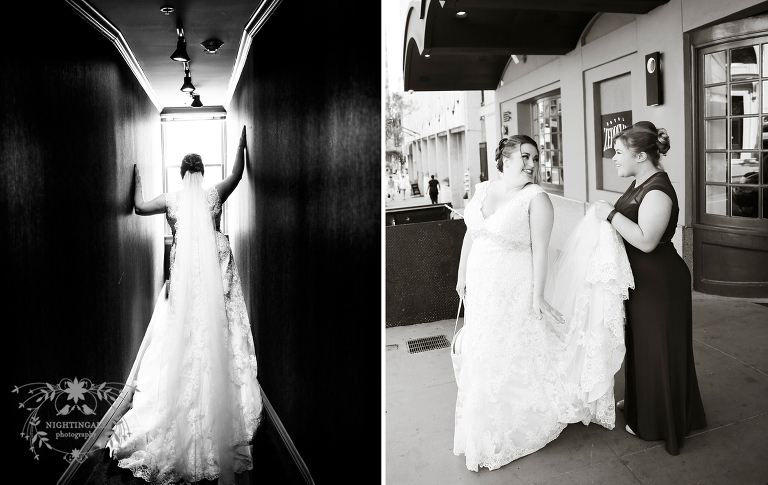 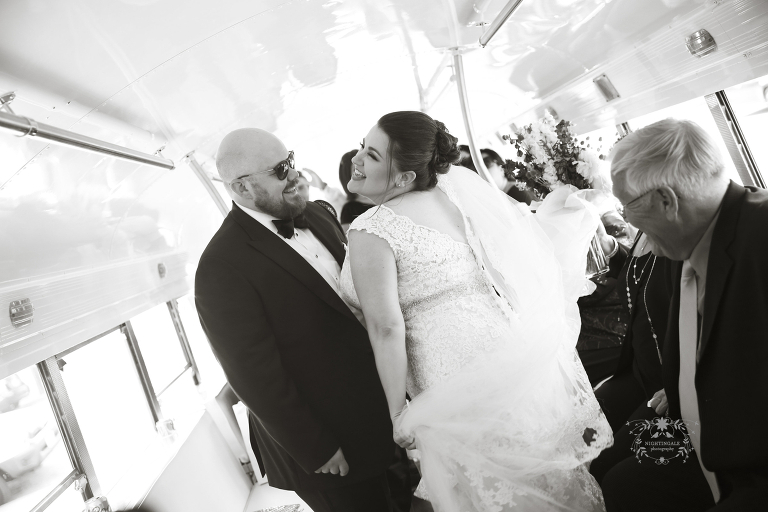 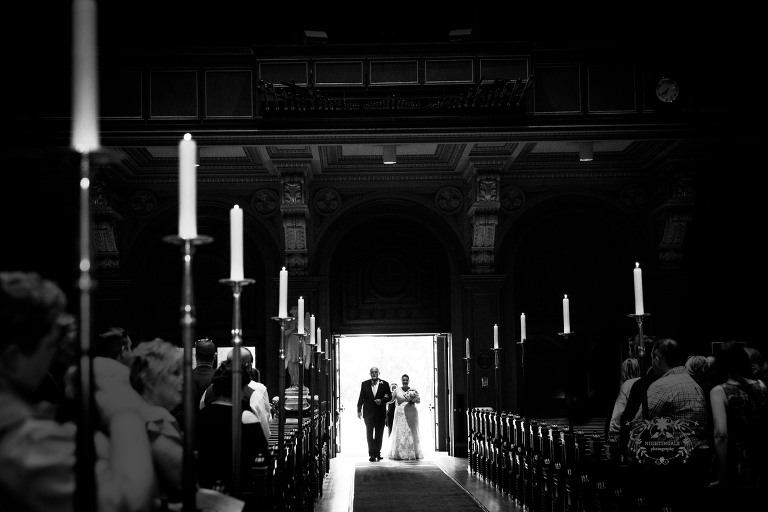 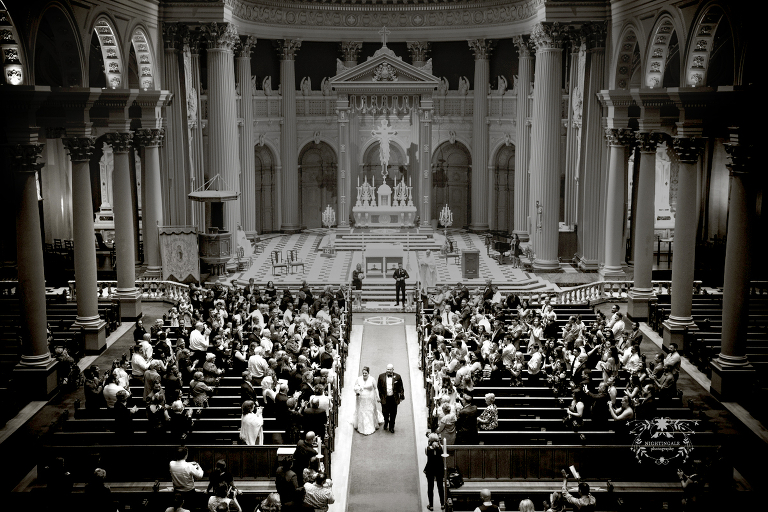 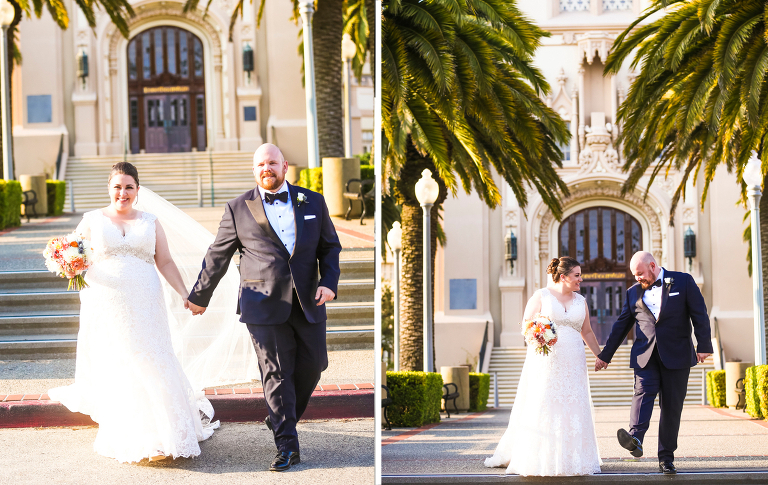 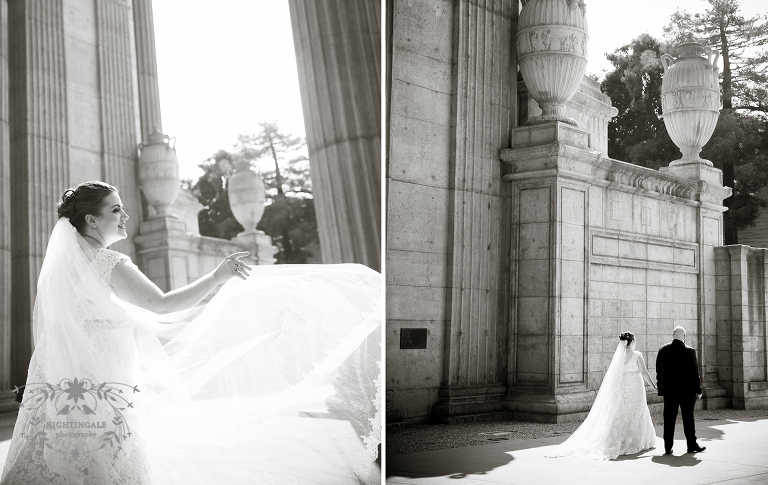 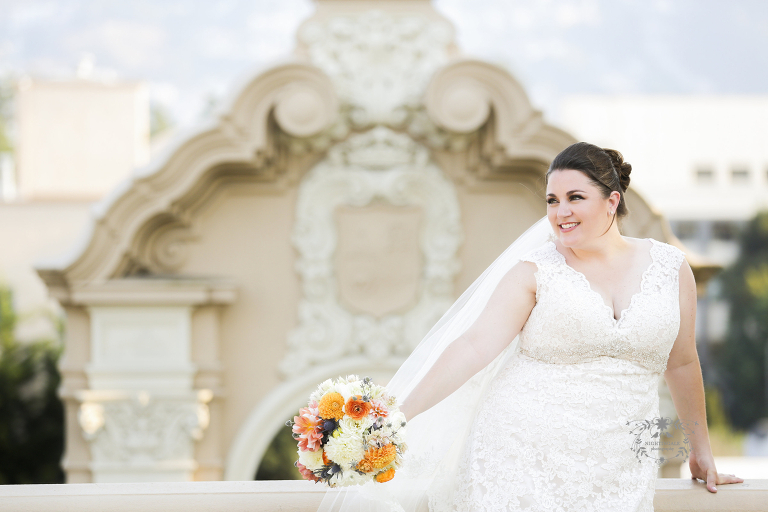 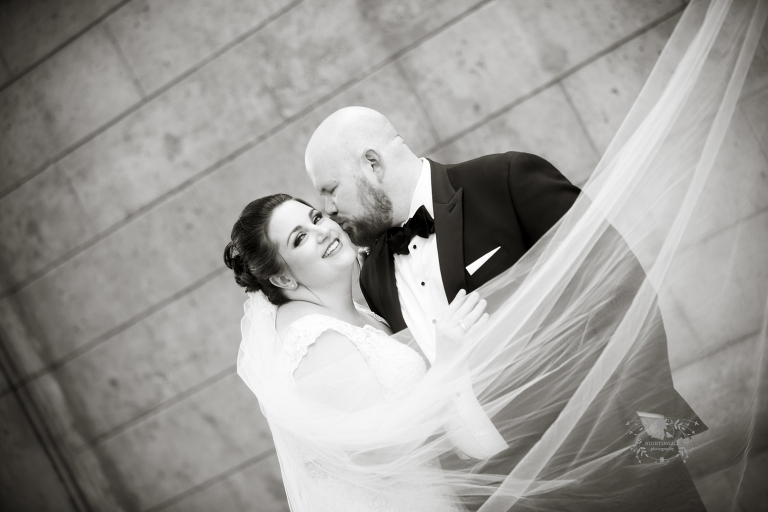 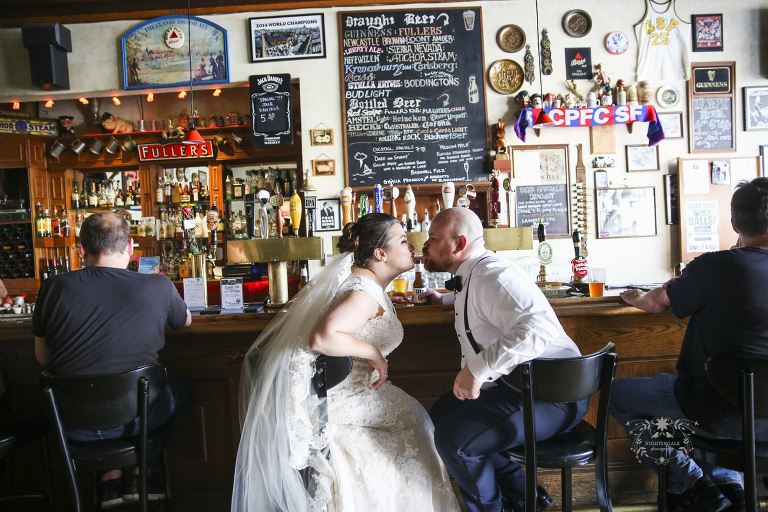 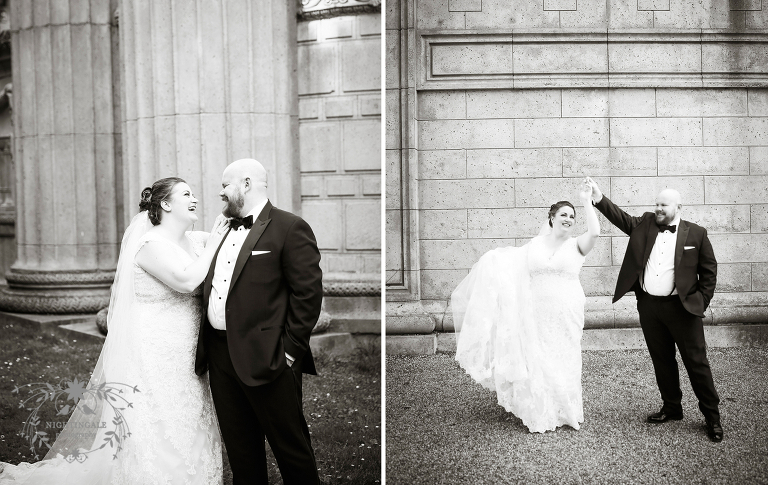 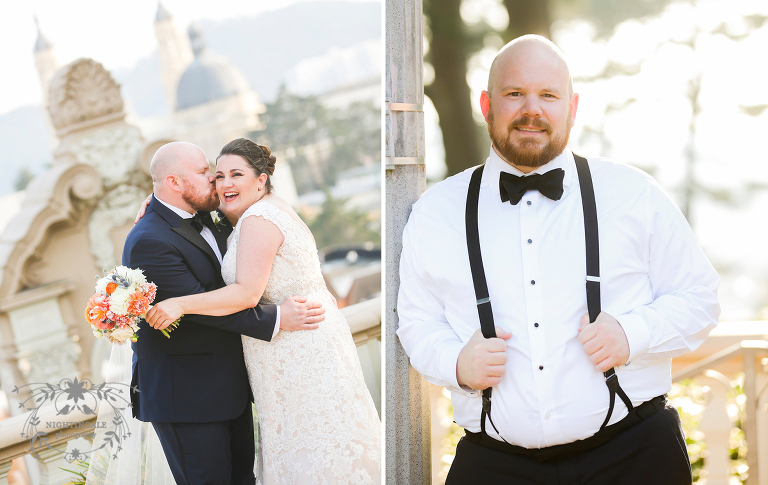 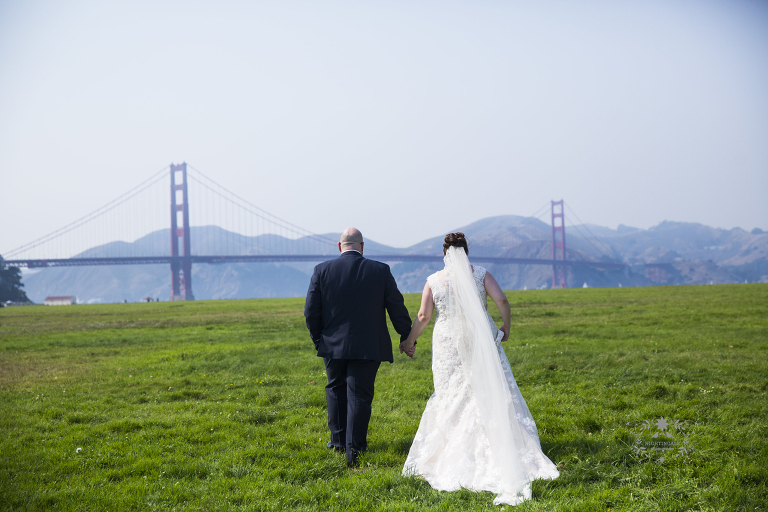 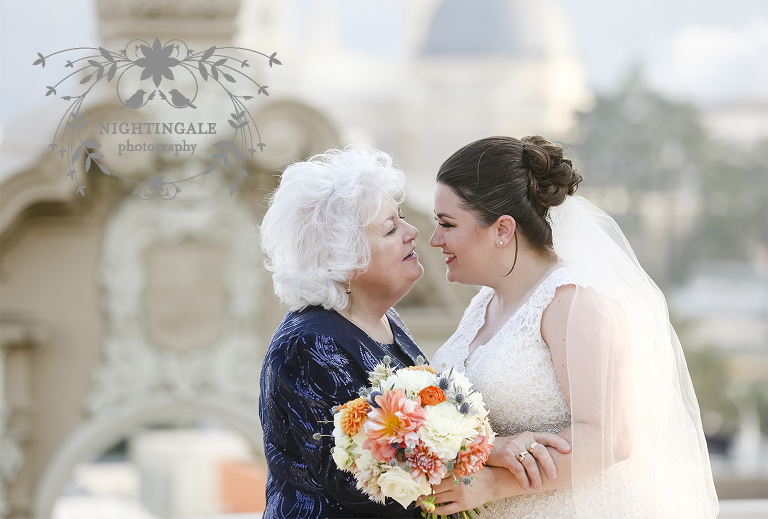 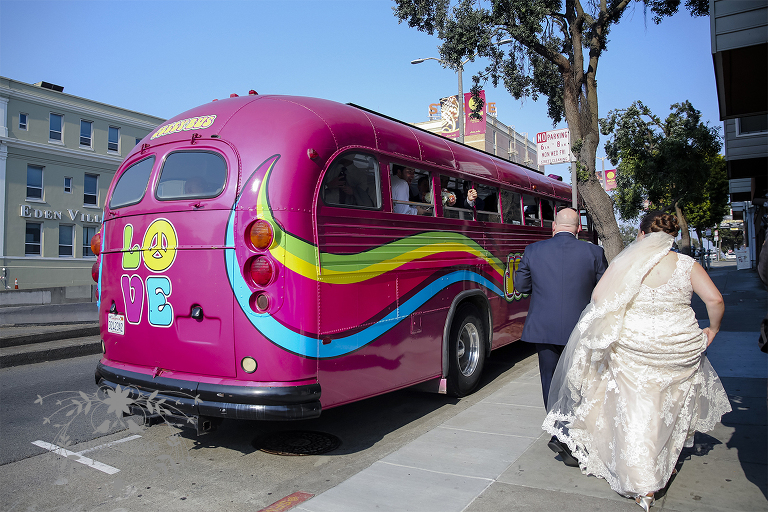 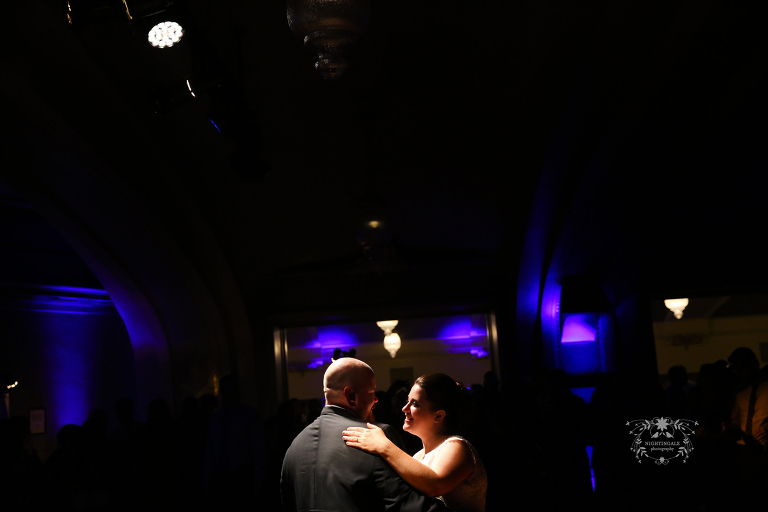 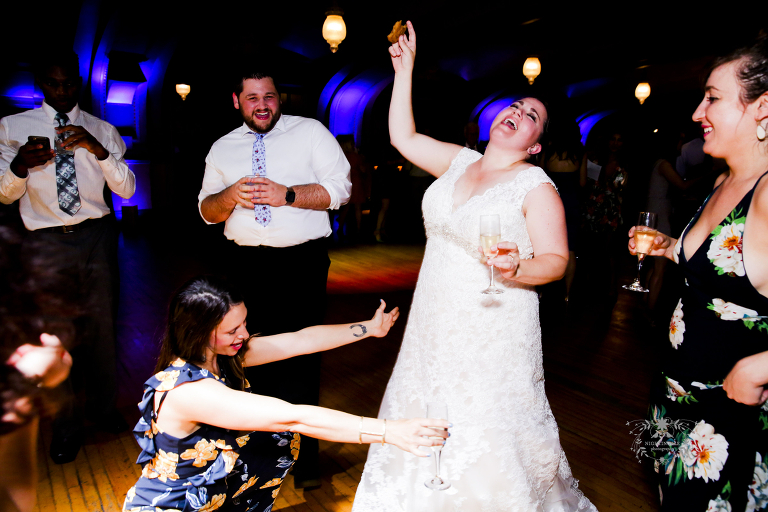 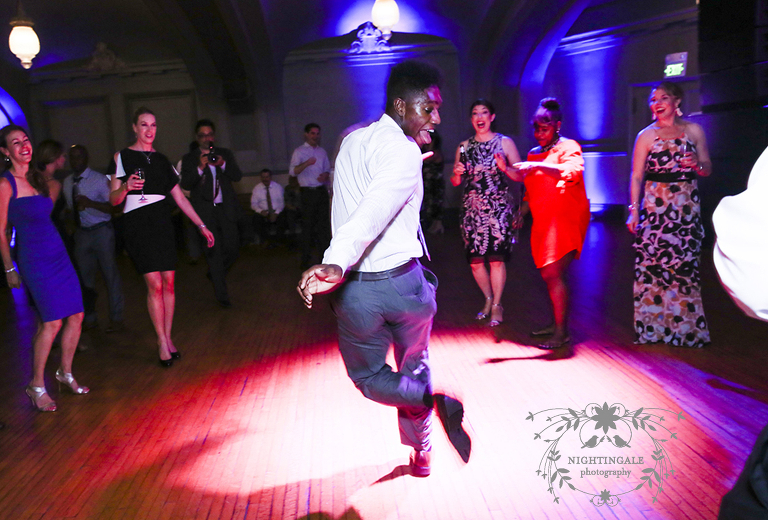 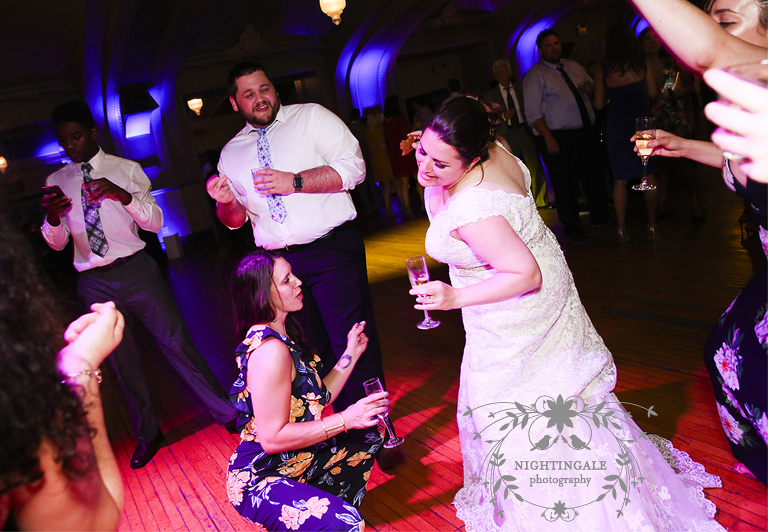