This San Francisco Pre-Wedding Session stars Rachel and Adrio, who traveled all the way from Indonesia for this romantic photo shoot. We began at San Francisco City Hall, which is classic and elegant. Later we head to the Embarcadero and the beautiful Ferry Building. Views of the Bay Bridge in the fog and the retro streetcars were perfect backdrops for this photogenic couple.  From Rachel: “Adrio and I first met in an international high school in Jakarta. He was my sister’s friend, as they were in the same class in high school. Although at that time, we were both seeing someone else. We met about five years later, the timing was perfect and hit it off. I fell in love with him when I realized I could act silly and weird around him, and have him join in as well! Coming from a close knit family, my family means the world to me. When I saw how much he truly cares for my family, I knew he was the one. We did a pre-wedding session because we just wanted to capture our moments abroad. We chose San Francisco because it is one of my favorite cities in the world, it is just so romantic and different from where we live. We chose Nightingale Photography because we looked at the remarkable reviews on Yelp and saw the amazing comments about Christina and her portfolio, from there on, we were sure we wanted Nightingale. We enjoyed every minute of the session! We could not have done it without Christina’s wonderful energy and direction. The photos turned out exactly how we pictured it, it was worth the cold and rain! We’re convinced that it would not have been as great if it was another photographer.” 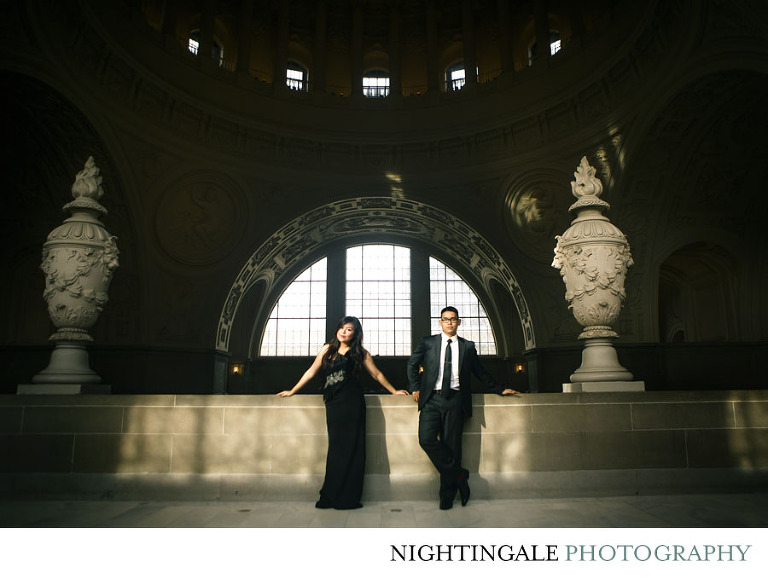 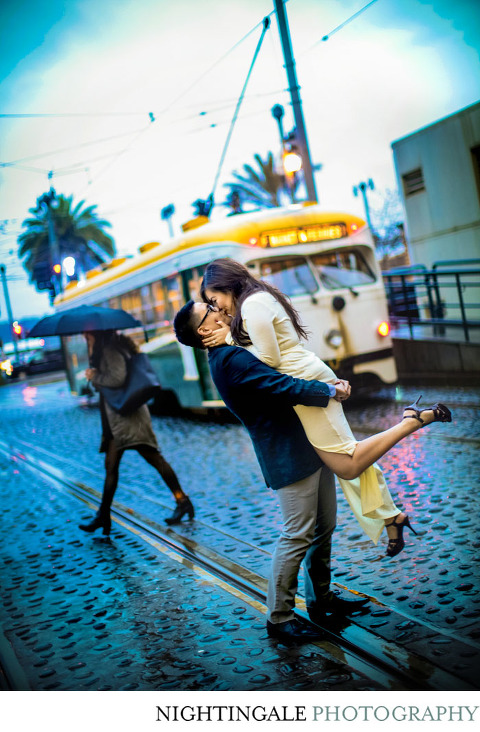 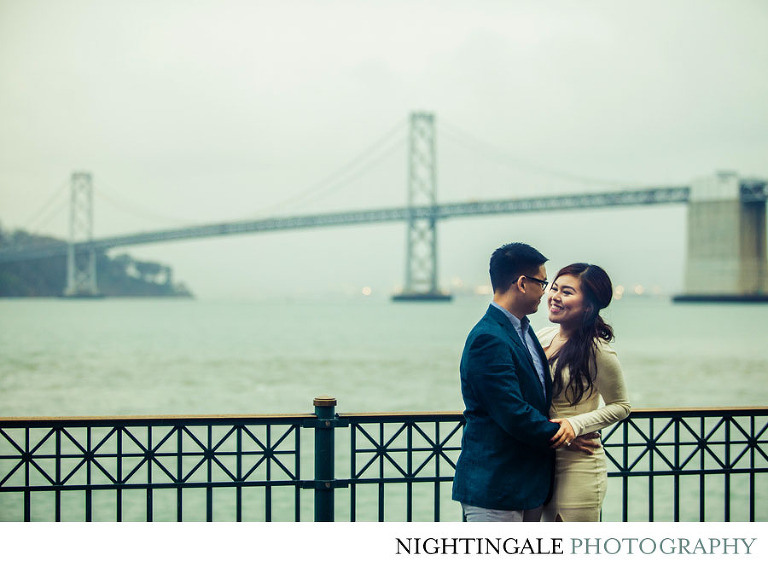 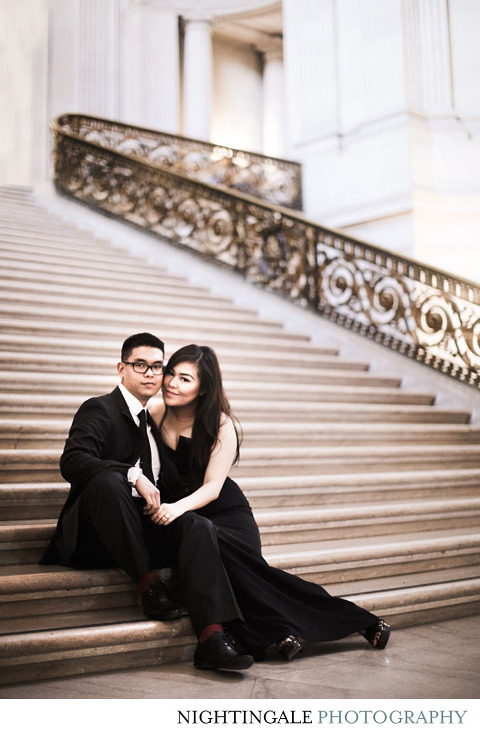 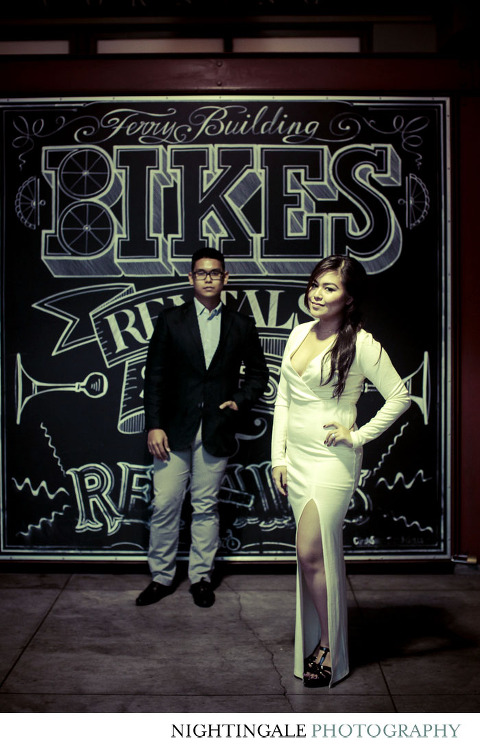 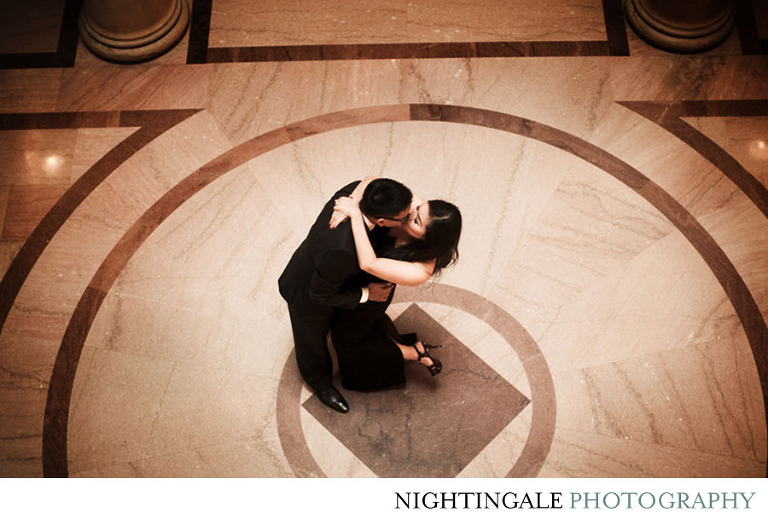 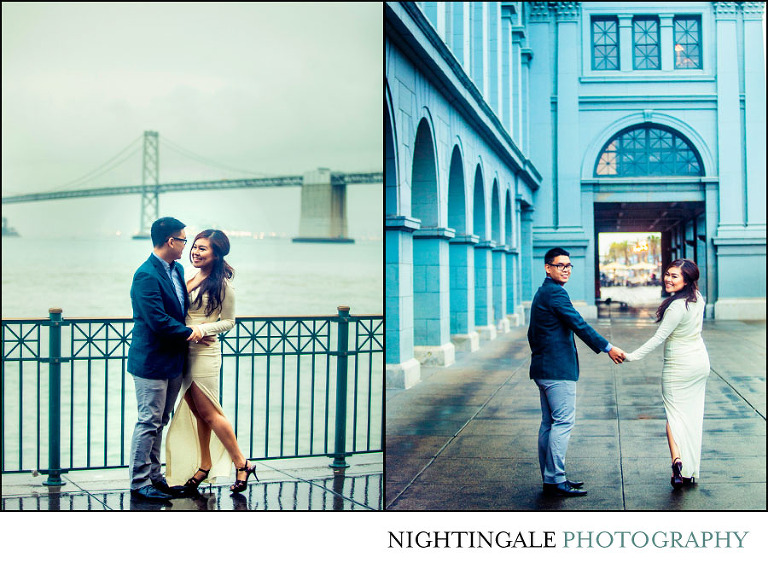