“Every man should be allowed to love two cities, his own and San Francisco.” – Gene Fowler. The distinctive atmosphere and elegant twist of the San Francisco Bay Area made for a delightful stage for the wedding of these two couples. The ceremony took place at City Hall San Francisco. Afterward, we traveled to North Beach, the Embarcadero, then the Palace of Fine Arts by limousine. It was a wonderful, exciting, and beautiful destination wedding experience. I was happy to be a part of it!

“Married life is good!  I just wish we maybe would have gone with smaller and lighter rings.  Even better, AFTER we got the rings, John’s brother-in-law mentioned that he opted for a “wedding watch”.  I had no idea that was even an option.  Why did he withhold this important piece of info?  Why?  :-)” …Mark

Mark and John had been together for 20 years prior to their wedding, and had the approval of friends and family for decades. Those same friends and family members had many times said to them that it was known and accepted that they were already married in everyone’s eyes. They had everything they needed. However, they each understood just how important it was to Mark and John to be legally married.

They came down to San Francisco from where they live in Texas, since they were not able to do it there. “We were familiar with the city, enjoyed visiting there.  There’s a lot of history.  It just seemed right…we just decided to do it someplace cool. “Also in attendance were  John’s brother James and of course, Keith and Michael. “Michael and I have been best friends since 1988, so he had no choice, he had to be there!”

Keith and Michael were also married that same day. “After 13 years and 5 houses together we figured it was finally time.” It began as being invited to Mark and John’s wedding. While they were helping them plan it, Mark and John said, “Hey!  You guys should do your wedding the same weekend!”  Since Keith and Michael love San Francisco, Michael even lived there for a while, so it seemed to them to be a great choice!

It was such an exciting adventure! I was able to be there for every moment, from the “wedding day jitters”, to the grand moment that had been years in the making. As Mark put it, “It was a little chaotic, a little confusing.  The justice was a little eccentric.  The building was a little loud.  The whole thing was a lot scary – or at least “nervy”.  Nothing was absolutely “planned” and we really didn’t know what to expect.  That made it all very exciting and edgy.”

Afterwards, we all took an exciting tour of San Francisco as we travelled by limo. Like Keith says, we were “running around the city in the rain snapping photos and finding delicious pizza in North Beach.” Then we went to the Embarcadero, then off to the Palace of Fine Arts for some REALLY fun portraits! The Wedding photography was seamless. It just fit with each moment. We honestly had a great time!

“We also have a friend who used to be a runway model and I think she still does stuff now and then.  She’s always very interested in photos – has lots of pro friends, etc…  And she was blown away by our (your 🙂 ) wedding pics.  Thought they were all “perfect”.  Thank you!” – Mark

…and thank YOU Mark and John, Keith and Michael. It was my pleasure. 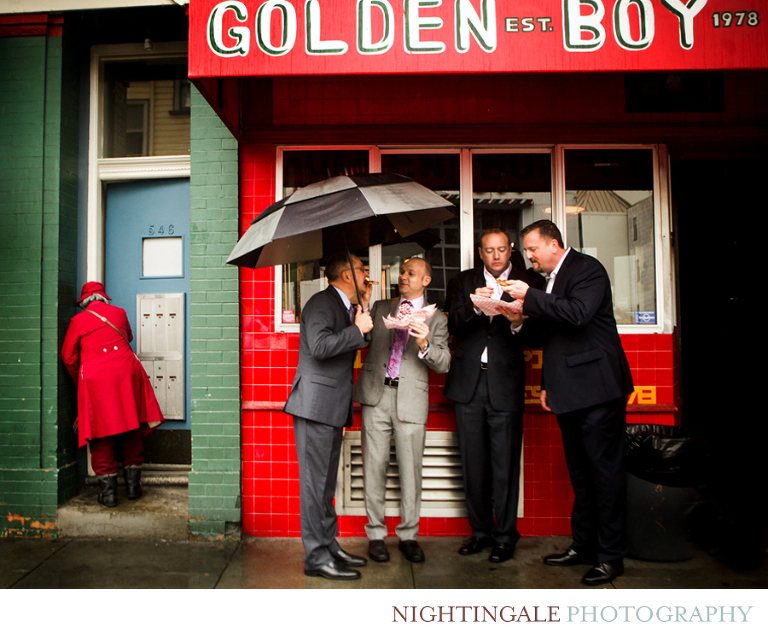 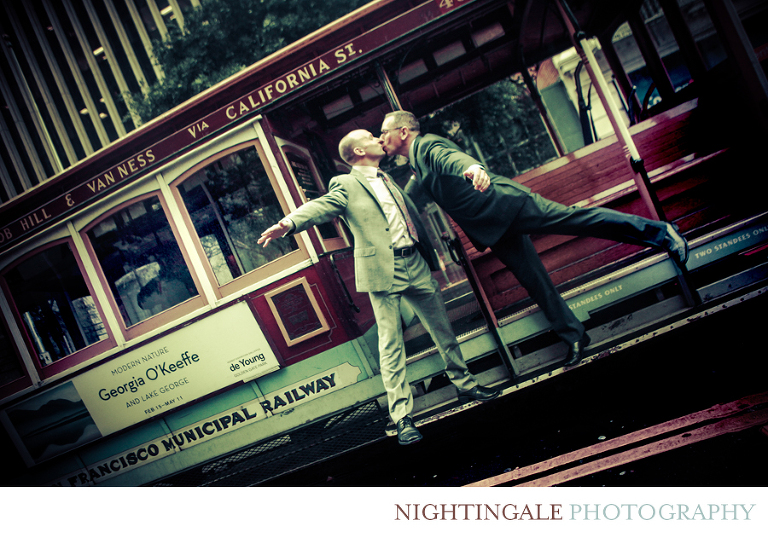 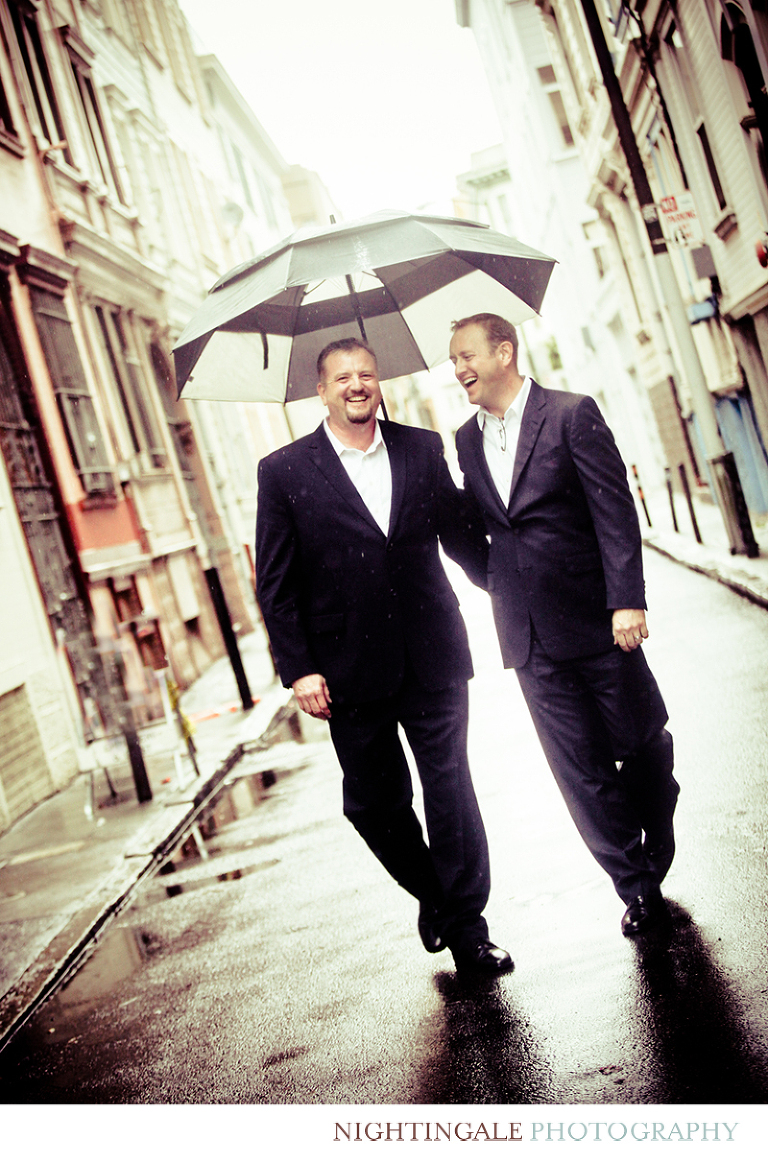 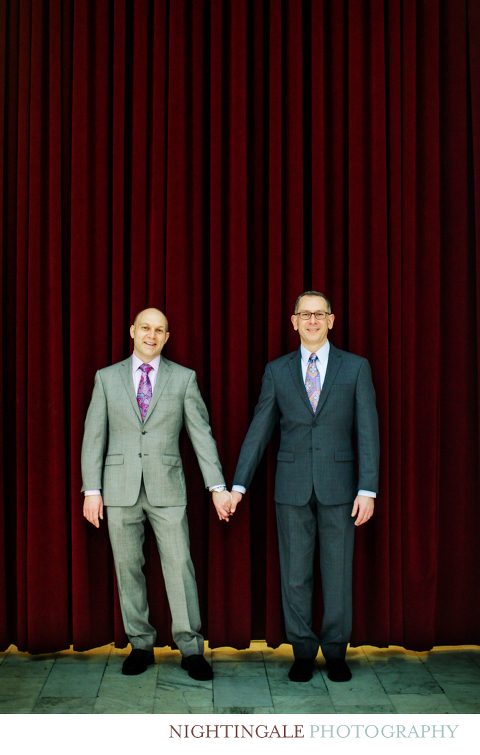